The quality of your hunting rifle has a major impact on your hunting success. However, it can be difficult to know what to look for. You might even feel intimidated by the rows of rifles behind the counter of your local sporting goods store. Modern advancements in firearms have left shooters with seemingly endless options for hunting. While options are a good thing, having so many choices of manufacturers, models, calibers, and accessories can can leave you confounded about where to start.

This guide is designed to help you break down the fundamental elements of a hunting rifle. Explaining all your options here isn’t practical, so consider this a starting point. Use this information to kick-start the process of finding the best rifle for your hunting needs.

Before you invest hundreds (or thousands) of dollars on a new hunting rifle, you should check the hunting regulations for the area you plan to hunt. Many jurisdictions have limitations on what types of firearms can be used to hunt specific game animals. For example, some areas restrict using rifles for deer hunting. Certain states may also have legal limitations on caliber and cartridges used for certain game.

Deciding on the caliber of your hunting rifle may be the most important decision in the buying process.

As a basic rule, you’ll need a smaller caliber for hunting small game and varmints. You should move up the scale, increasing size and power in proportion to the size of the animals you hunt. You obviously wouldn’t use the same caliber rifle to hunt squirrels as you would moose. Choose something too small for a massive bull elk, and he’ll think he’s been bitten by a mosquito. (There are exceptions. A well-placed, lucky shot always has the potential to bring down large animals.) However, shooting an eastern gray squirrel with a .30-06 will reduce your squirrel to nothing but a puff of fur.

For general reference, a small-bore .22 caliber rifle is perfect for rabbits, squirrels and varmints. Larger animals like deer and elk require something larger and more powerful. Popular choices are the .270 Winchester and .30-06 Springfield.

The type of hunting rifle you need will largely depend on the distance you’ll be targeting game. If you’ll be hunting thick woods, you’ll need a short-barreled rifle for maneuverability. You should also look for a rifle with a little more punch to effectively bust through brush.

However, if most of your shots will be long distances across open cropland or prairie grass, a long-barreled, flat-shooting rifle with a powerful scope is more appropriate. 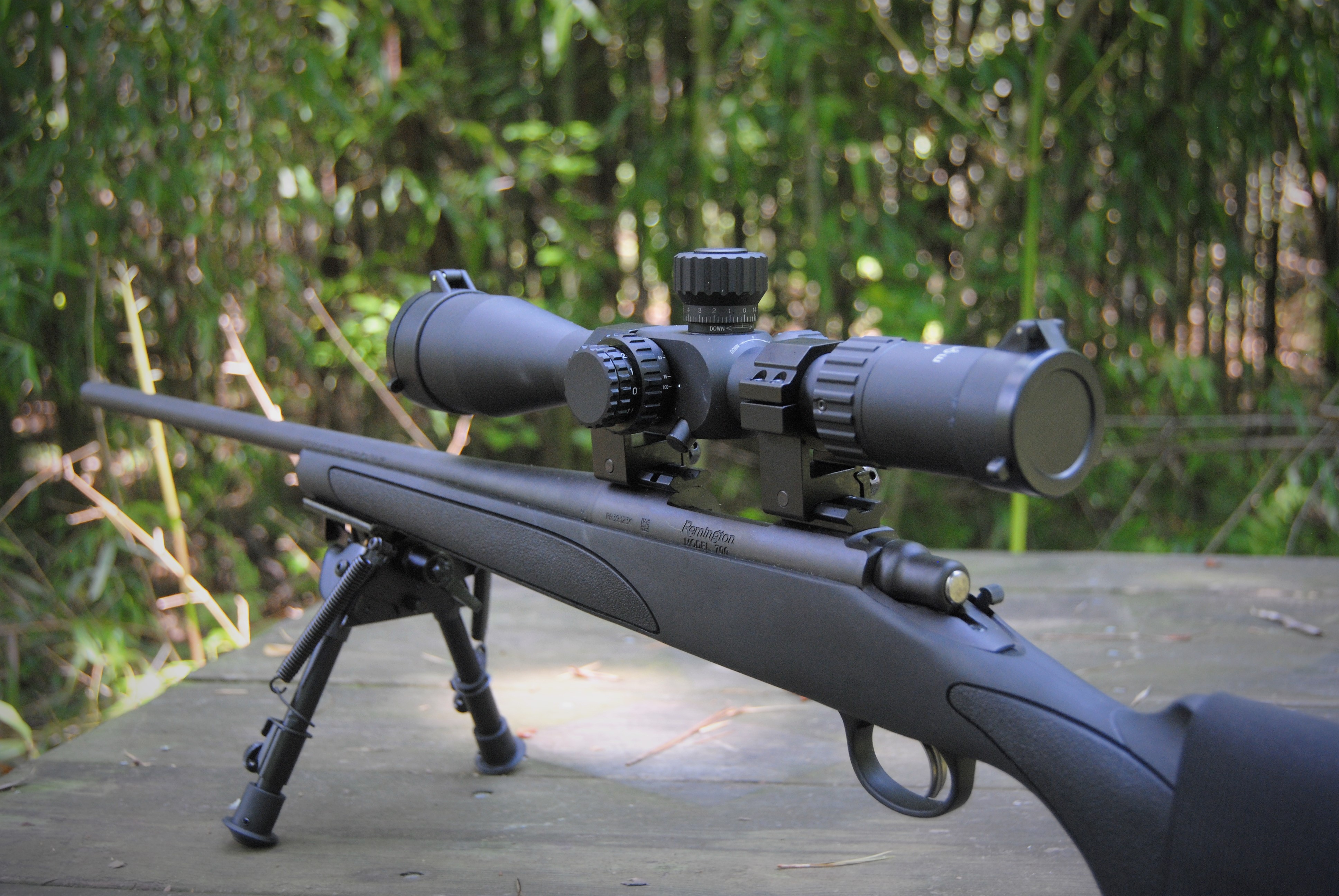 When we’re talking about rifles, the “action” refers to the mechanism that loads, locks, fires, extracts, and ejects the cartridge. It is literally where all the action happens. The most common actions found in hunting rifles are bolt-action, pump-action, lever-action, semi-automatic and single-shot.

The “best” action for a hunting rifle depends on your hunting style and is largely a matter of preference.

A semi-automatic allows for quick followup shots and can helpful when hunting moving game. They do require regular cleaning to prevent ammunition jams.

Bolt action rifles are the sniper rifles of the hunting world. Generally considered more accurate (especially for long-range shooting), a bolt action rifle is your best friend when hunting slow-moving or still game across open areas.

Pump actions (also called slide actions), lever actions, and single shots all have their own loyal fan base. Reliable and simple to operate, these traditional rifles helped tame the Western frontier and are still relevant for hunting modern game.

A Look at Style and Materials

A traditional hunter may criticize any rifle that doesn’t have a blued barrel and a high-gloss cedar-stained wood stock. Although this might be the only options our grandfathers had, modern hunters have far more to choose from.

When it comes to barrels, many hunters appreciate stainless steel over time-honored bluing. Stainless steel will shed rain, snow, and sleet with ease and requires less maintenance than a traditional barrel.

Modern sporting rifles like the AR-15 and other variants are also gaining popularity for hunting. Although they don’t fit the stereotypical image of a “hunting rifle,” they are effective, tough, and easy to shoot. You can find an AR platform chambered for anything from .22 Long Rifle to the .50 Beowulf. Despite the bad rap they often get from the media, these modern rifles are great for hunting a variety of game. 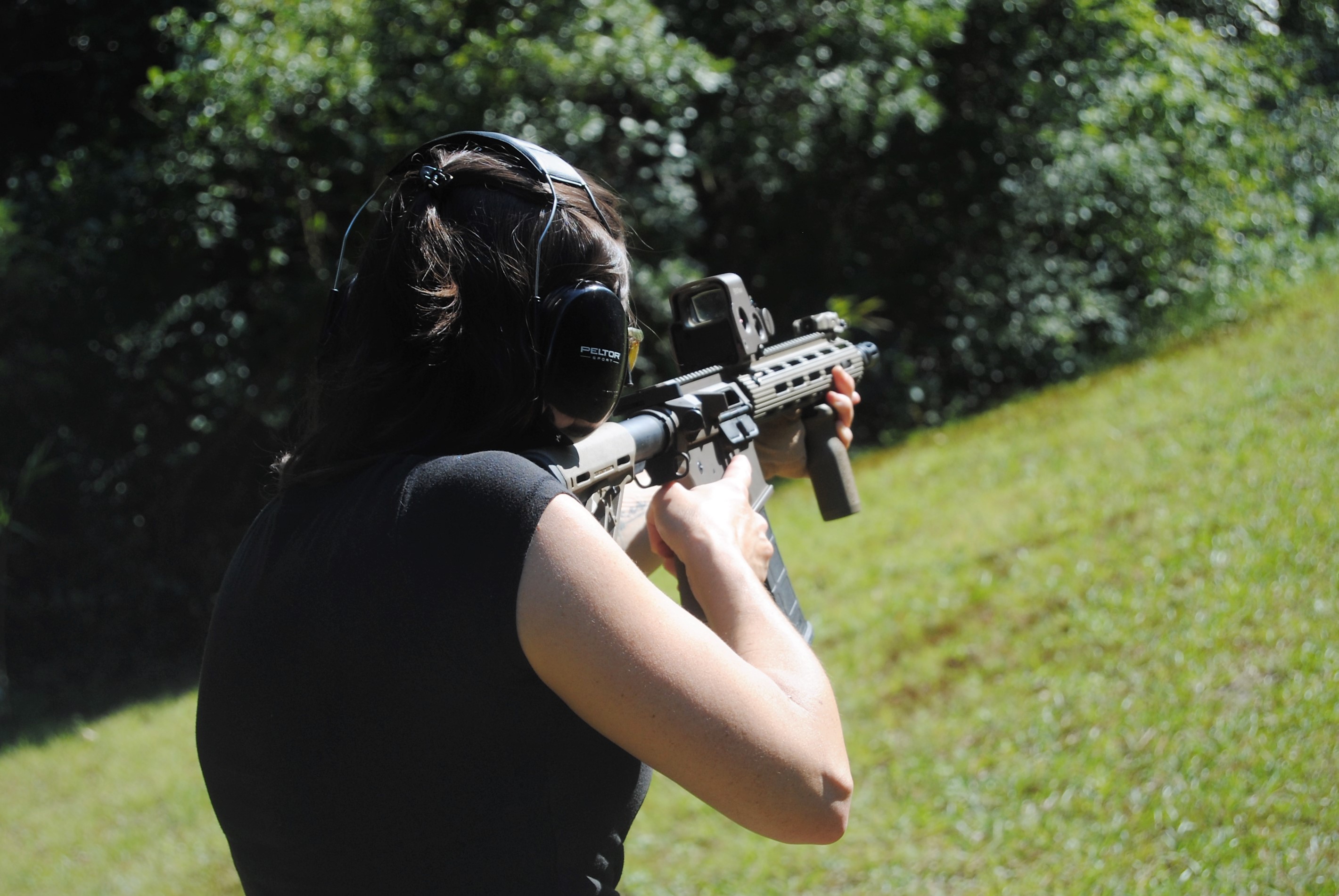 Keeping It In Your Budget

There are hunting rifles available at every price point. From super simple to extravagant, hunting rifles run the gamut from cheap to ultra expensive.

This vast range in price means you should be able to find something that fits your budget. However, you need to know how to distinguish affordable quality from cheap garbage. One easy way to find good value is to purchase a rifle manufactured by a reputable company. Names like Winchester, Remington, Savage, and Mossberg have been trusted by generations of hunters. Rifles bearing these names command respect, because the companies that make them have earned it.

Don’t forget to budget for optics. Although you may think you can get by without it, a quality scope improves almost every hunting situation from squirrels to grizzlies. You don’t want to spend your entire budget on the firearm only to end up with an ineffective weapon due to low quality optics. You should expect to spend at least half as much (maybe even just as much) on your scope as you spend on the rifle. Be sure to budget accordingly.

No matter how much you spend or how fancy your rifle, there is no substitute for practice. Accuracy is ultimately your best weapon. A bullet that accurately hits vital organs will be more effective than a bullet that misses, even if that bullet is fired by the best rifle money can buy.

Before you hit the woods with your new weapon, be sure to send enough lead downrange. Practice is the only way to develop proficiency and accuracy. As hunters, we have a moral obligation to make our kills quick and humane. The best way to do this is to put in practice in the off-season, so we can make an accurate shot when the opportunity presents itself.

Alice Jones Webb is a writer, long-time hunter, experienced shooter, and mother of four up-and-coming outdoor and shooting enthusiasts. She grew up flinging arrows and bullets at Virginia whitetails, turkey, and game birds, although her favorite hunting experience is chasing bull elk in the Colorado back country. Never content to sit still and look pretty, she is also a self-defense instructor and competitive archer. Alice currently resides in rural North Carolina with her children, non-hunting husband, and a well-stocked chest freezer.